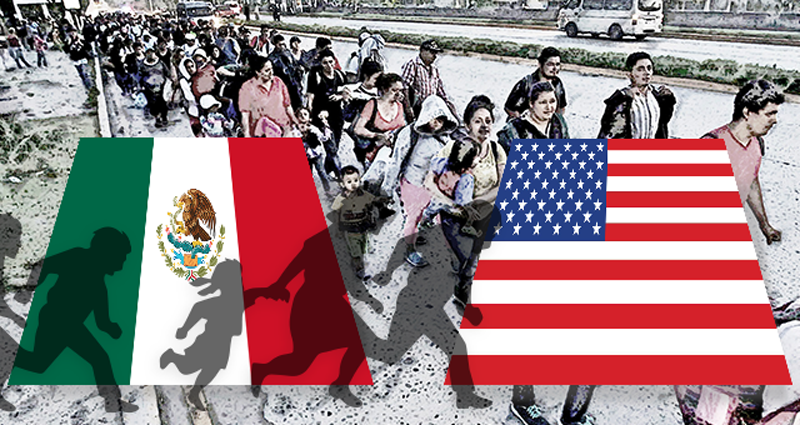 The next U.S. Presidential Election will hinge on who wins the battle between Globalism and Nationalism.  It has now become a very heated battle, especially in the U.S., where President Trump is leading the fight for Nationalists, and the Globalists are mostly Democrats who are firmly supported by the United Nations.  END_OF_DOCUMENT_TOKEN_TO_BE_REPLACED 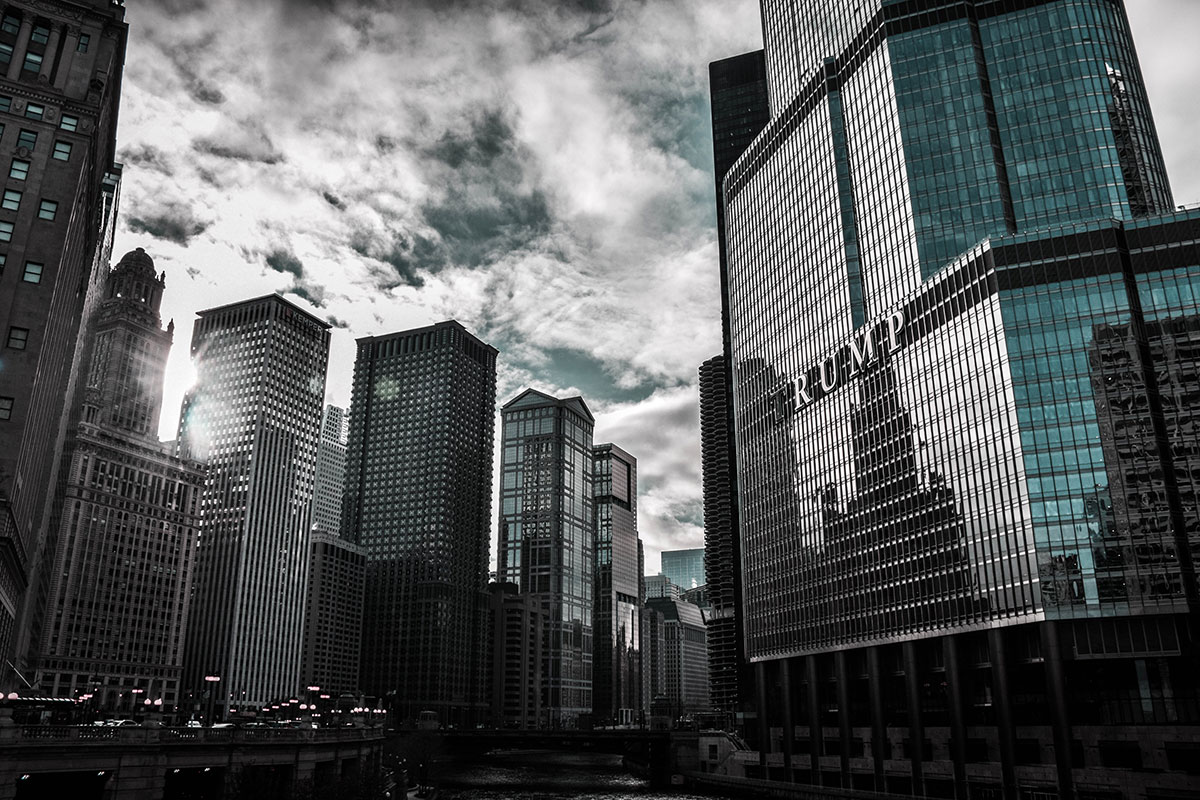 This is not breaking news. It has been out there in independent media for several years, but you may not have heard it.  The conspiracy against Donald Trump began from at least 2015 onward and used the combined powers of the DOJ (U.S. Dept. of Justice), the FBI (Federal Bureau of Investigation), the NSA (National Security Agency), and the CIA (Central Intelligence Agency) to run a counterintelligence operation against a presidential candidate, also using foreign intelligence agencies.  Their allies were the leftist mainstream media, also known as the DNC (Democratic National Committee) Media Complex.  But even earlier, from 2012 onward, the Obama administration spied on its political opponents through illegal access to the NSA data base.  END_OF_DOCUMENT_TOKEN_TO_BE_REPLACED 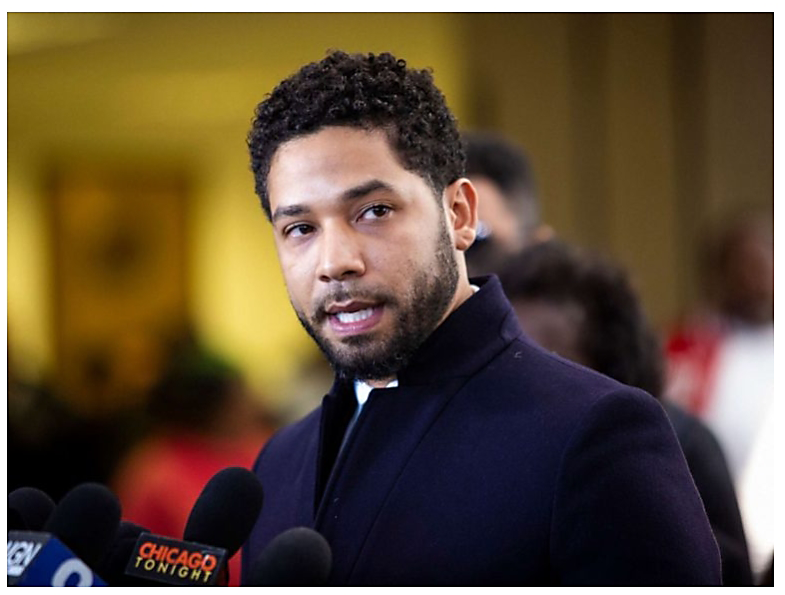 On Tues. March 26, 2019 all criminal charges against the actor Jussie Smollett were suddenly and mysteriously dropped and the case sealed by Cook County Attorney General Kim Foxx. This was for his alleged hate crime hoax on Jan. 29, 2019. Though she had recused herself in the case on Feb. 19, 2019, Foxx now says she had not really done so.  The sequence is unprecedented due to the prior Grand Jury indictment of Jussie Smollett with 16 felony counts of disorderly conduct for making a false police report. The indictment was based on only a portion of the large body of evidence presented by the Chicago Police Department. END_OF_DOCUMENT_TOKEN_TO_BE_REPLACED 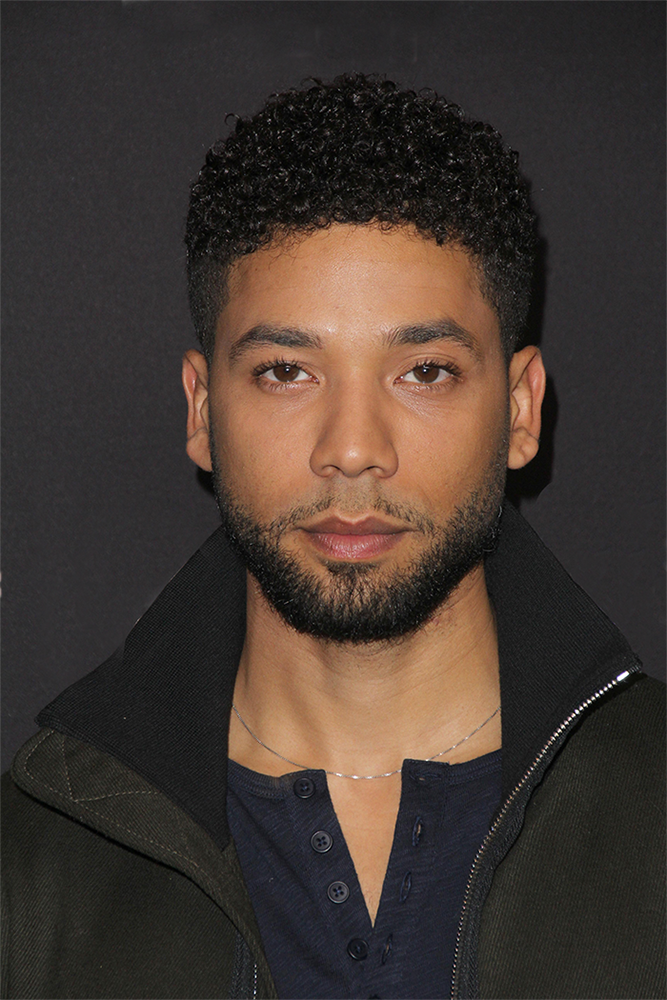 Jussie Smollett, the popular American TV actor and singer, was charged on Feb. 21, 2019 with the felony of filing a false police report. He faces the possibility of up to 3 years in prison for an alleged hate crime that Chicago Police now says he himself choreographed.  His bond was set at $100,000, and upon paying a $10,000 bond he was released from police custody the same day, with a court date set for March 14, 2019.  In spite of overwhelming physical evidence and testimony, evidence from surveillance cameras as well as credit card, bank, phone, and text records from Smollett and the two men he hired and rehearsed to do the deed, Smollett continues to plead innocent of any wrongdoing. END_OF_DOCUMENT_TOKEN_TO_BE_REPLACED 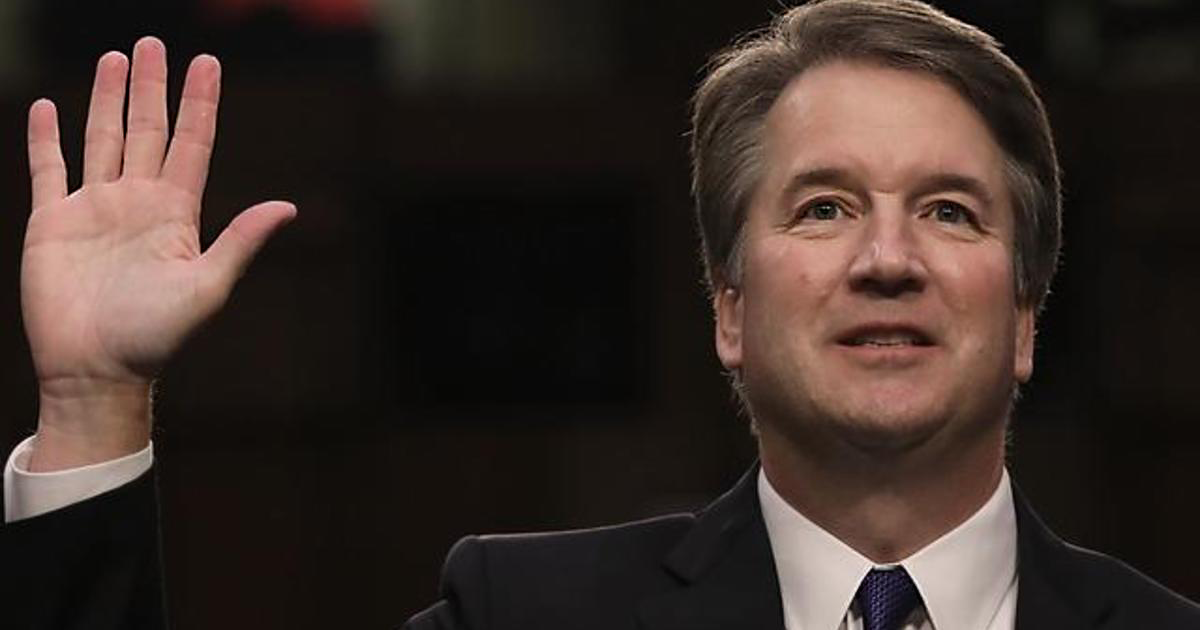 “If you vote no – you’re legitimizing the most despicable thing I have ever seen in my time in politics,” said a furious Senator Lindsay Graham to Republican colleagues at Brett Kavanaugh’s Judicial Committee hearing Sept. 27, 2018, also dubbed the Sexual Assault Hearing.  On their side, Democrats decided the hearing was also despicable, but for totally different reasons.  Some of this was echoed in the T-shirts of battling supporters outside the Dirksen Senate Office building that morning, with a much admired anti-Kavanaugh T-shirt reading “Men are Trash” and a pro-Kavanaugh T-shirt reading “I Stand with Brett.”  END_OF_DOCUMENT_TOKEN_TO_BE_REPLACED 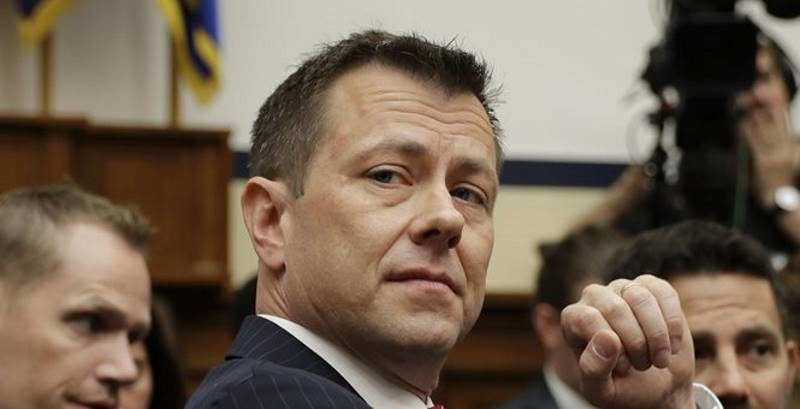 Peter Strzok (pronounced “strock”) was the lead FBI investigator in the Mueller probe into both Hillary Clinton’s emails and the Trump-Russia collusion, 2015 -2017.  Last month I wrote about The Inspector General’s Report, June 14, 2018 and the critical role Strzok played in both of these high profile investigations.   He appeared before Congressional hearings June 27, 2018 (behind-closed-doors) and July 12, 2018 (televised).  Both sessions endured for over 10 hours, but the latter received particular notoriety.  This story is not over yet.  END_OF_DOCUMENT_TOKEN_TO_BE_REPLACED

“On July 10, 2015, the FBI Counterintelligence Division opened a criminal investigation [on Hillary Clinton’s emails] in response to the 811 referral from the IC IG [Office of the Intelligence Community Inspector General].[i]  Although only a small percentage of 811 referrals result in criminal investigations, witnesses told the OIG [Office of the Inspector General] that a criminal investigation was necessary to determine the extent of classified information on former Secretary Clinton’s private server, who was responsible for introducing the information into an unclassified system, and why it was placed there. The FBI gave the investigation the code name ‘Midyear Exam’…” END_OF_DOCUMENT_TOKEN_TO_BE_REPLACED

Of course this wasn’t just any Pluto Station. When Pluto went Stationary Direct (from the earth’s vantage point) on Sept. 28, 2017 it was extraordinary in being almost exactly opposite the USA Sun, and the first time ever in U.S. history and in Pluto’s 248-year orbit around the Sun that such a phenomenon has occurred. I’ve been writing about this astronomical/astrological event since spring 2017, but let us review some of the main components.  END_OF_DOCUMENT_TOKEN_TO_BE_REPLACED

The American Civil War of the 1860s is reappearing in multiple ways during the summer and fall of 2017: The classic Civil War film Gone with the Wind (1939) was removed from a popular film festival in Memphis, Tennessee. Deemed “insensitive” to the local population, which is 64% black, it was removed from the 2017 and 2018 series after a showing on Aug. 11, 2017. The statue of Robert E. Lee and other Confederate soldiers may be removed all across the South. An Asian TV announcer with the name Robert Lee was removed from his announcer post at ESPN – temporarily, as a football game Aug. 26, 2017 was to be held in Charlottesville, Virginia, the scene of the protests and counter protests in mid-August regarding Robert E. Lee’s statue.[i] And since George Washington and Thomas Jefferson were also major slave owners, the question arises: Should their statues be removed as well? And what about their images on U.S. currency? END_OF_DOCUMENT_TOKEN_TO_BE_REPLACED

George Webb calls himself the “Accidental Journalist,” while his admirers call him “an extraordinary and intrepid investigator” and his detractors call him (predictably) a “conspiracy theorist.” Others like him have become “citizen journalists” in recent years, joining the burgeoning ranks of on-line Independent news media. Generally they do not feel served by the mainstream media, especially during the 2016 U.S. Presidential election and dating back to 9-11 or earlier. Many citizen journalists did not plan to be journalists, but moved into it out of utter frustration with the level of information being presented on mainstream news (MSM).  END_OF_DOCUMENT_TOKEN_TO_BE_REPLACED

Transiting Pluto opposite anyone’s natal Sun is an arresting phenomenon, confronting the person’s very identity and legitimacy on deep levels. There are no political or geographical boundaries to Pluto’s realm, just as with Plutonian elements such as radioactivity. Expand the implications to cover the first-ever Pluto opposition to the USA Sun. Pluto’s orbit is 248.4 years, and the Sun in the chart of a nation-state is the President, or Head of State; also the presidency.  END_OF_DOCUMENT_TOKEN_TO_BE_REPLACED

When most astrologers predicted Hillary Clinton as winner in 2016, using both East & Western techniques and classical rules, it did not turn out as planned.  Astrology did not work the way it normally works – at least I can say that for sure using Vedic astrology.  I think all along was the revolutionary component that had to be considered and that would shatter all the usual rules we follow, including astrological rules – such as that Trump would lose in the last sub-period of his 18-year Rahu Dasha, which is normally the case.  END_OF_DOCUMENT_TOKEN_TO_BE_REPLACED

In Dec. 2015 I predicted that the Democrats would keep the White House in 2016 and that the likely Republican nominee was Donald Trump, out of a field of 17 GOP nominees.  (Click here for the article.)  I also noted that due to the timing to Trump’s birth chart, especially being at the tail end of his 18-year Rahu Dasha (a Vedic planetary period), and losing the protection of transiting Jupiter in sidereal Leo from Aug. 12, 2016, his chances of reaching the presidency would diminish noticeably from that time onward. END_OF_DOCUMENT_TOKEN_TO_BE_REPLACED

The first 2016 Presidential debate between Hillary Clinton and Donald Trump surpassed all previous records for U.S. Presidential debates. It was viewed by some 80.9 million people, plus another four million or more via live streaming and other media venues. This superseded the previous record Oct. 28, 1980 – at 80.6 million – for the one televised debate between Jimmy Carter and Ronald Reagan. For the 2016 debate, most television audiences watched END_OF_DOCUMENT_TOKEN_TO_BE_REPLACED

Donald Trump is still at the epicenter of the 2016 U.S. Election. Though he is currently ca. 6 % points behind Clinton in national polls, no other presidential candidate can match him for sheer entertainment value. He knows how to keep the spotlight focused on him, whether positive or negative.  We will shortly cover his progression from glorious media darling to the candidate many media organizations now want to bury. But when he announced his presidential candidacy on June 16, 2015, complete with all the fanfare at Trump Plaza in New York, and only one day after the expected GOP front-runner Jeb Bush announced his candidacy, pundit Ian Bremmer headlined it this way: “How Donald Trump Stole Jeb Bush’s Moment.” This was both correct and prescient. END_OF_DOCUMENT_TOKEN_TO_BE_REPLACED

Political rhetoric has reached new boiling points during the 2016 Election season. Intense hatred for Hillary Clinton on the Republican side is matched by intense fear of a Donald Trump presidency on the Democratic side. The difference is that pro-Trump supporters may now be surpassing pro-Clinton supporters in their fervor. END_OF_DOCUMENT_TOKEN_TO_BE_REPLACED

Nationwide election fraud in the 2016 U.S. Election season to date may exceed anything yet known in American history. Yet this top story in 2016 is conspicuously absent from corporate news headlines, even if numerous voting “irregularities” were reported in many states. The fraud is believed to have occurred throughout the Democratic primaries, where – in state after state – the alleged vote rigging systematically shifted votes to Hillary Clinton from Bernie Sanders, who should have been the real winner in the primaries.        END_OF_DOCUMENT_TOKEN_TO_BE_REPLACED

The exact Jupiter-Saturn square coincides with a U.S. Presidential Election year every 20 years, and we can make certain observations about what this configuration means for Election 2016 and for previous U.S. Presidential Elections.  For most of 2016, Jupiter and Saturn are transiting in a mutual square relationship, in this case the last quarter square prior to the JU-SA conjunction in Dec. 2020.  In 2016 there are two exact squares, March 23 and May 26, 2016.   This theme was first introduced in my article “Trump it Up” (Dec. 21, 2015):  https://edithhathaway.com/trump-it-up/#more-625.            END_OF_DOCUMENT_TOKEN_TO_BE_REPLACED

THE PUBLIC vs. ESTABLISHMENT POLITICS

As we look at the U.S. Presidential primary races and caucuses in late Feb. 2016, we see how themes from 2015 keep reiterating themselves: The voting public is guided in one direction by corporate media (to support establishment politics, keep the corporate-oligarchy dominant, and give the illusion of consensus). But the current planetary configurations indicate that the larger public is becoming more dissatisfied with the status quo, especially regarding financial inequality, and therefore more anti-establishment. They want a candidate who will fight for them and not for establishment politics, which has only widened the already historic inequality gap. This in turn challenges Big Media, which is invested in keeping the status quo and has moved towards the Right since becoming more and more consolidated, from 1983.  END_OF_DOCUMENT_TOKEN_TO_BE_REPLACED

There are FOUR MAJOR PLANETARY SIGNATURES just three weeks prior to the Iowa caucuses on Feb 1, 2016. This event, in turn, launches the four-month long primary season to decide the presidential nominees for the two major U.S. political parties. These planetary markers indicate what is to come shortly in the more critical portion of the early presidential campaign period. In fact they are already showing their influence as of early January 2016.  END_OF_DOCUMENT_TOKEN_TO_BE_REPLACED