There are cultural flashpoints in every era. And since musical tastes typically take the longest to develop, flashpoints may be recognized at the time as such. But they can also take many more decades before their impact is fully understood. One such moment was on Feb. 12, 1924 at a concert in New York City, now referred to as “a defining event of the Jazz Age and the cultural history of New York City.” (Wikipedia: Aeolian Hall) The concert became known as a “jazz concert” only years after the event. It was also the world premiere of George Gershwin’s Rhapsody in Blue. Up to that time, Gershwin was largely unknown to the classical music world. END_OF_DOCUMENT_TOKEN_TO_BE_REPLACED

On a recent trip to the Caribbean, and while staying on the beautiful island of Nevis, I learned that Alexander Hamilton was born there – a surprise to me and perhaps to many people. So we had to visit his birthplace and the museum there. Coincidentally, upon our return to the U.S., Public television was showing a documentary film on the Broadway musical Hamilton by Lin-Manuel Miranda. He in turn was inspired by Ron Chernow’s biography of Hamilton, first published April 26, 2004. The musical Hamilton had its World premiere on Jan. 20, 2015 at the Public Theater, New York City and its Broadway debut on Aug. 6, 2015. END_OF_DOCUMENT_TOKEN_TO_BE_REPLACED 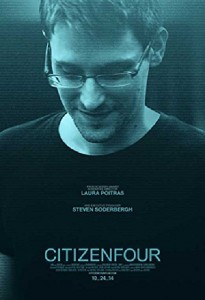 The Academy Awards ceremony on Sunday, Feb. 22, 2015 yielded the usual Hollywood glamour and theatrics, along with some surprises. The subject of the film Citizenfour is NSA mass surveillance and Edward Snowden, now living in Russia due to a pending federal case against him as NSA whistleblower. END_OF_DOCUMENT_TOKEN_TO_BE_REPLACED